In August 2019, following the end of the second quarter, the Company successfully completed the working capital adjustment process arising from the acquisition of ARI, including the settlement of related litigation, which resulted in Airgas agreeing to make a cash payment to Hudson of $8.9 million.

The Company failed to comply with the financial covenants contained in its term loan facility and its revolving credit facility at June 30, 2019 and is currently in default under those agreements. Other than the financial covenants, the Company has fully complied with all of its debt payment and other obligations on a timely basis and had over $21 million of availability pursuant to the borrowing base formula in its revolving loan facility as of June 30, 2019. As such, the Company does not believe that the covenant defaults relate to a liquidity issue but relate to a leverage issue under the current covenant structure. The Company is currently seeking a waiver and amendment from its lenders to waive the covenant defaults and reset the financial covenants under both the term loan facility and the revolving credit facility. However, the lenders have the right to declare all amounts under these facilities to be immediately due and payable, and there can be no assurance that the Company will be able to obtain any such waivers or amendments on acceptable terms or at all.

Kevin J. Zugibe, Chairman and Chief Executive Officer of Hudson Technologies commented, “This was a disappointing quarter as we continued to encounter lower prices, primarily on R-22, when compared to 2018. Temperatures remained cool for much of the quarter, which reduced urgency for customers and a ‘just in time’ buying pattern continued. On a positive note, even with poor weather conditions, we did see refrigerant sales volumes increase meaningfully during the second quarter, and, as we move through the third fiscal quarter, temperatures have risen to more seasonal levels.

“A benefit of our experience in this industry is that we have faced and managed through price corrections and disappointing sales seasons before and as we sell through the higher priced layers within our FIFO inventory, we expect to return to more historical margin levels. We remain optimistic about the long-term market opportunity and remain focused on driving growth by leveraging our positioning at two key points in the supply chain and our ability to provide any refrigerant, anywhere at any time.”

The Company will host a conference call and webcast to discuss the first quarter results today, August 14, 2019 at 5:00 P.M. Eastern Time. 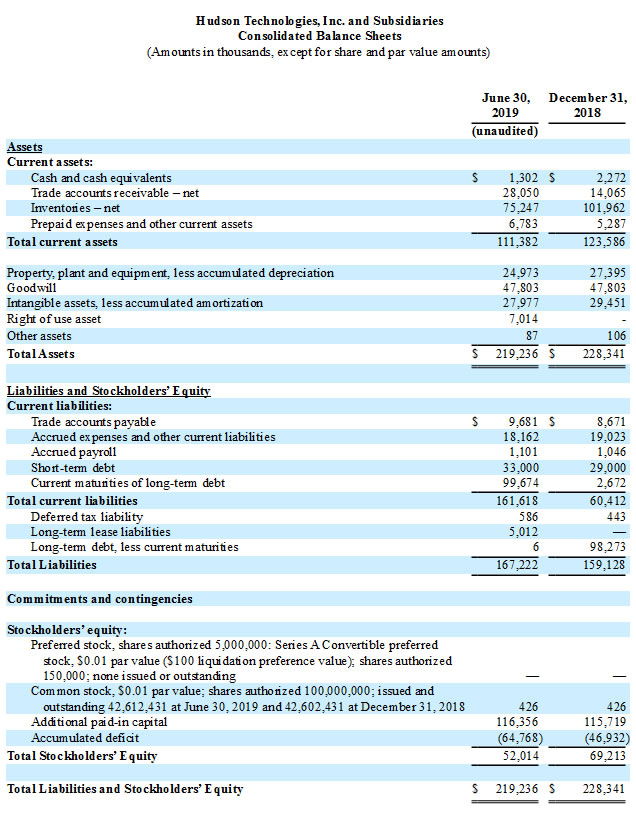 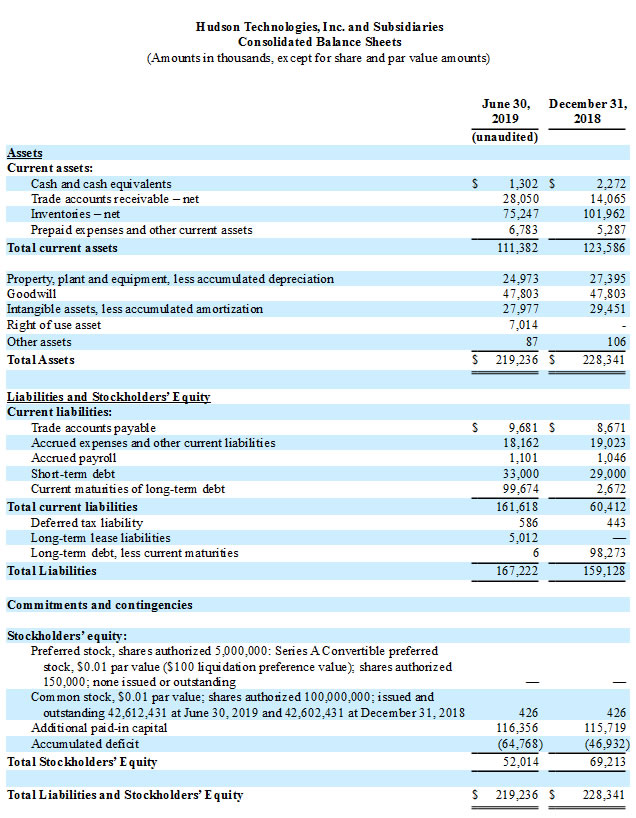